Absolutely delightful slices of Americana from Hubbell (Broadsides from the Other Orders, 1993, etc.). Known as a crackerjack natural historian, Hubbell here dons a journalist's garb to file these wry ... Read full review

A little disappointing for those of us who really admire her writings about natural history. This is the same travel genre as Bill Bryson or Calvin Trillin--searching out quirky Americana--but she ... Read full review

Sue Hubbell was born Suzanne Gilbert in Kalamazoo, Michigan on January 28, 1935. She received a bachelor's degree in journalism from the University of Southern California in 1956 and a master's degree in library science from Drexel University in 1965. She worked as a librarian at Trenton State College and as a periodicals librarian at Brown University. In 1972, she and her first husband moved to a farm in the Ozark Mountains of Missouri and took up beekeeping. To supplement the income from honey sales, she wrote freelance articles for The St. Louis Post-Dispatch, The New York Times, and The New Yorker. After they divorced, she continued to run the large beekeeping operation. She also wrote several books including A Country Year: Living the Questions, A Book of Bees: And How to Keep Them, Far-Flung Hubbell: Essays from the American Road, and Waiting for Aphrodite: Journeys Into the Time Before Bones. She suffered from dementia and decided to stop eating and drinking on September 9, 2018 because she did not want to eventually be placed under indefinite institutional care. She died on October 13, 2018 at the age of 83. 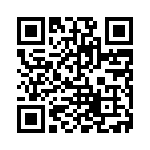