Philip L. Quinn is John A. O'Brien Professor of Philosophy at the University of Notre Dame, Indiana, and was previously William Herbert Perry Faunce Professor of Philosophy at Brown University, Rhode Island. He is author of Divine Commands and Moral Requirements (1978), and of numerous articles in philosophy of religion, philosophy of science, theoretical physics, religious ethics, metaphysics, epistemology, value theory, political philosophy, and philosophy and literature. He has served as editor of the journal Faith and Philosophy (1990-5); as President of the Central Division of the American Philosophical Association (1994-5); and as Chair of the National Board of Officers of the American Philosophical Association (1995-9).

Charles Taliaferro is Associate Professor of Philosophy at St Olaf College, Minnesota. He was Visiting Scholar at Oriel College, Oxford, and has taught at Brown University, the University of Massachusetts, and the University of Notre Dame, Indiana. He is the author of Consciousness and the Mind of God (1994) and Contemporary Philosophy of Religion (Blackwell Publishers, 1997), and numerous papers in philosophy of religion, metaphysics, and ethics. 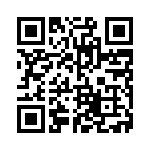