Mike Tidwell predicted in vivid detail the Katrina hurricane disaster in his 2003 book, Bayou Farewell: The Rich Life and Tragic Death of Louisiana's Cajun Coast. He has written five books centered on the themes of travel and nature. These include Amazon Stranger (detailing efforts to save the Ecuadorian rain forest) and In the Mountains of Heaven (travels to exotic lands across the globe). Tidwell has won four Lowell Thomas awards, the highest prize in American travel journalism, and is a former grantee of the National Endowment for the Arts. His articles have appeared in many national publications. Tidwell is also founder and director of the U.S. Climate Emergency Council, based in Takoma Park, Maryland. A native of Georgia, he now lives in Maryland with his nine-year-old son, Sasha. 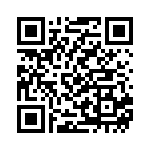