Ellen L.K. Toronto is in private practice in Ann Arbor, Michigan. She is co-editor of Psychoanalytic Reflections on a Gender-free Case: Into the Void (Routledge, 2005), the author of Family Entanglement (CreateSpace 2013) and writes a weekly parenting blog for PsychCentral.

JoAnn Ponder, PhD is a psychologist and psychoanalyst in private practice in Austin, Texas.

is a clinical psychologist in private practice in Chicago.

PhD, FIPA is a Training and Supervising Analyst with the Contemporary Freudian Society and served as adjunct faculty in the PsyD program at The George Washington University. 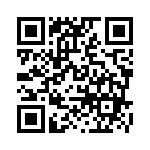