Michael Hope is Assistant Professor of Asian History at Yonsei University. His research focuses on the political and social history of Central Asia and Iran. Hope spent two years living and working in Iran before completed his doctoral studies at the Australian National University. He now teaches
courses in Mongol, Islamic, and Central Asian History at Underwood International College, Yonsei University. His current research includes the role of revenge and feuding in the Mongol Empire and the Islamization of the Mongols in Iran during the thirteenth century. 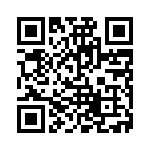