Another brilliant Márai example for the economy of words. Meant, I think, for persons of age, older people who have already had a life and either made something of it or left it unrequited. I am not ... Read full review

The quiet horror of self-destructive love fuels this beautifully proportioned novella; since Embers (2001), this is the third work of the Hungarian (1900-89) to be translated into English.Esther tells ... Read full review

Sándor Márai was born in Kassa, in the Austro-Hungarian Empire, in 1900, and died in San Diego, California, in 1989. He rose to fame as one of the leading literary novelists in Hungary in the 1930s. Profoundly antifascist, he survived the war, but persecution by the Communists drove him from the country in 1948, first to Italy, then to the United States. Embers was published for the first time in English in 2001. 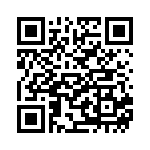