Andrew Lang (March, 31, 1844 July 20, 1912) was a Scottish writer and literary critic who is best known as a collector of folk and fairy tales. Lang s academic interests extended beyond the literary and he was a noted contributor to the fields of anthropology, folklore, psychical research, history, and classic scholarship, as well as the inspiration for the University of St. Andrew s Andrew Lang Lectures. A prolific author, Lang published more than 100 works during his career, including twelve fairy books, in which he compiled folk and fairy tales from around the world. Lang s Lilac Fairy and Red Fairy books are credited with influencing J. R. R. Tolkien, who commented on the importance of fairy stories in the modern world in his 1939 Andrew Lang Lecture On Fairy-Stories. 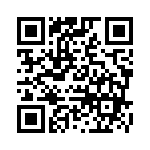