Terry Teachout is a journalist and critic whose biography of Mencken, The Skeptic: A Life of H. L. Mencken, was published in 2002. Henry Louis Mencken was born in Baltimore in 1880 and remained a lifelong resident. Opinionated and controversial, he wrote columns for the Baltimore Evening Sun that earned him a national reputation. He died in 1956. 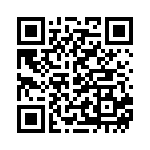