I loved the book despite wanting to shake Sybylla at times! Franklin did a masterful job of evoking atmosphere. It was so easy to get lost in the book. Sybylla was one of the most complex characters I ... Read full review

Why do movies insist on a happy ending? Thankfully the book does not need to do so. I felt this was a combination of YA fiction, period drama, Australiana, and tragedy all in one. There are numerous ... Read full review 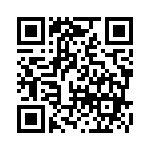