The table of content of the book suugests that it is an enorously important and well researched book. Should be immensely useful to wide group of scholars, especially those who are interested in dhvani theory, sphotavada, and theMimamsaka view of eternanilty of sabda & hermeneutics. The price,even of the e-edition is outrageously high. I did not get it in my library and could not read the whole book. My review is based on my familiarity with philosophy of language, the table of contents+the free sample pages made available online. Hope that a comprehensive & scholarly review from a competent scholar will soon appear. Professor Tushar Sarkar. 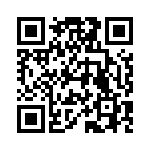