Benedetto Croce was born in Pescasseroli, Italy on February 25, 1866. He studied literature and philosophy in Rome and Naples and in 1902 published Estetica. In 1903, he established the journal La Critica. He became a senator in 1910 and served as Minister of Education from 1920 to 1921. He was fiercely opposed to the Fascist regime and was ousted from public life by Benito Mussolini. After World War II, he returned to politics and became a member of the Constituent Assembly. In 1947, he was elected president of the Italian Liberal Party. He was also a historian, humanist, and foremost Italian philosopher of the first half of the 20th century. His most influential work, Aesthetic as Science of Expression and General Linguistic, was published in 1902. His other works include Logic As the Science of the Pure Concept, Philosophy of the Practical: Economic and Ethic, and History: Its Theory and Practice. He died on November 20, 1952 at the age of 86.

Robin George Collingwood was a remarkable thinker who sought to bridge the gulf that Charles Darwin's discoveries appeared to have set up between science and religion in the nineteenth century. He began to study Latin at age 4, Greek at 6, and the natural sciences shortly afterward. He attended Oxford University, where he studied philosophy, classics, archeology, and history: Participation in numerous archeological excavations allowed him to see, he said, "the importance of the questioning activity in life," and he became a respected scholar on the subject of Britain under the Roman conquest. His first-rate work in archeology resulted in a number of books including Roman Britain (1921), The Archaeology of Roman Britain (1930, with Ian Richmond), Roman Britain and the English Settlements (1937, with J.N. Myres), and Roman Inscriptions of Britain (1965, with R. P. Wright). Collingwood was also an artist by nature - a fine, disciplined writer who was actively interested in music and the pictorial arts. He deplored the diversiveness of increasing specialization and sought a philosophy that would harmonize all knowledge and a religion "scientific" in nature in which faith and reason each played a role. He felt that the Renaissance had mistakenly separated the various disciplines of study and that a close unity existed among them. He began as an idealist, and his thought reflects the influence of individual idealists, in the case of art, for example, the influence of Benedetto Croce. In his mature period, Collingwood sought to ground all the special sciences on idealist foundations, to ascertain within the dialectical function of mind the unity of religion, science, history, art, and philosophy. In his last years, however, Collingwood became critical of idealism. His ethical and political views grew somber, and pessimism seemed to overwhelm him. 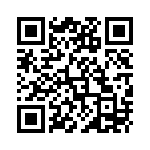