James L. Hevia is Chair of the Curriculum in International and Area Studies at the University of North Carolina, Chapel Hill. His book Cherishing Men from Afar: Qing Guest Ritual and the Macartney Embassy of 1793 (published by Duke University Press) won the Joseph Levenson Prize from the Association for Asian Studies. 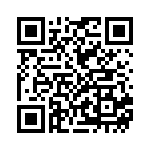