Justin Jennings is the curator of New World archaeology at the Royal Ontario Museum in Toronto and an associate professor of anthropology at the University of Toronto. His recent books include Beyond Wari Walls: Regional Perspectives on Middle Horizon Peru (UNM Press), Tenahaha and the Wari State: A View of the Middle Horizon from the Cotahuasi Valley, and Globalizations and the Ancient World. 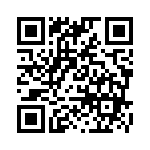