Really nice and interesting fantasy novel. Indeed quite different from other books in the same genre. The magic system is quite intricate, yet easy to understand and *very* nicely explained throughout ... Read full review

This is my first Sanderson book. I started with this one because is a standalone just in case I didn't like his writing style or something... but... I love it. I mean, I was already a fan of Sanderson ... Read full review

Brandon Sanderson grew up in Lincoln, Nebraska. He lives in Utah with his wife and children and teaches creative writing at Brigham Young University. He is the author of such bestsellers as the Mistborn(R) trilogy and its sequels, The Alloy of Law, Shadows of Self, and The Bands of Mourning; the Stormlight Archive novels The Way of Kings and Words of Radiance; and other novels, including The Rithmatist and Steelheart. In 2013, he won a Hugo Award for Best Novella for The Emperor's Soul, set in the world of his acclaimed first novel, Elantris. Additionally, he was chosen to complete Robert Jordan's Wheel of Time(R) sequence. For behind-the-scenes information on all of Brandon Sanderson's books, visit brandonsanderson.com. 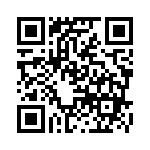