Page 9 - She was taken into the confidence of passions on which she fixed just the stare she might have had for images bounding across the wall in the slide of a magic-lantern. Her little world was phantasmagoric — strange shadows dancing on a sheet. It was as if the whole performance had been given for her — a mite of a half-scared infant in a great dim theatre.
Appears in 27 books from 1897-2007
Page 13 - By the time she had grown sharper, as the gentlemen who had criticized her calves used to say, she found in her mind a collection of images and echoes to which meanings were attachable — images and echoes kept for her in the childish dusk, the dim closet, the high drawers, like games she wasn't yet big enough to play. The great strain meanwhile was that of carrying by the right end the things her father said about her mother — things mostly, indeed, that Moddle, on a glimpse of them, as if they...
Appears in 31 books from 1897-2005
More
Page 458 - I've not killed anything,' he said; 'on the contrary I think I've produced life. I don't know what to call it — I haven't even known how decently to deal with it, to approach it; but, whatever it is, it's the most beautiful thing I've ever met — it's exquisite, it's sacred.
Appears in 20 books from 1897-2003
Page 137 - So the sharpened sense of spectatorship was the child's main support, the long habit, from the first, of seeing herself in discussion and finding in the fury of it — she had had a glimpse of the game of football — a sort of compensation for the doom of a peculiar passivity.
Appears in 18 books from 1897-2005
Page 461 - Give up Mrs. Beale ?" burst from Mrs. Wix. "Give up Mrs. Beale. What do you call that but exquisite ?" Sir Claude demanded of all of them, the lady mentioned included; speaking with a relish as intense now as if some lovely work of art or of nature had suddenly been set down among them. He was rapidly recovering himself on this basis of fine appreciation. " She made her condition — with such a sense of what it should be ! She made the only right one.
Appears in 16 books from 1897-2003
Page 18 - She puzzled out with imperfect signs, but with a prodigious spirit, that she had been a centre of hatred and a messenger of insult, and that everything was bad because she had been employed to make it so. Her parted lips locked themselves with the determination to be employed no longer. She acts with more and more subtlety on 'her little instinct of keeping the peace'.
Appears in 21 books from 1897-2005
Page 31 - She wore glasses which, in humble reference to a divergent obliquity of vision, she called her straighteners, and a little ugly snuffcoloured dress trimmed with satin bands in the form of scallops and glazed with antiquity.
Appears in 25 books from 1897-2003
Page 224 - It was a part of it too that here they were at a house that seemed not large, but in the fresh white front of which the street-lamp showed a smartness of flowerboxes. The child had been in thousands of stories — all Mrs. Wix's and her own, to say nothing of the richest romances of French Elise — but she had never been in such a story as this. By the time he had helped her out of the cab, which drove away, and she heard in the door of the house the prompt little click of his key, the Arabian Nights...
Appears in 12 books from 1897-2003
Page 364 - The night, this time, was warm and one of the windows stood open to the small balcony over the rail of which, on coming up from dinner, Maisie had hung a long time in the enjoyment of the chatter, the lights, the life of the quay made brilliant by the season and the hour. Mrs. Wix's requirements had drawn her in from this posture and Mrs. Wix's embrace had detained her even though midway in the outpouring her confusion and sympathy had permitted, or rather had positively helped, her to disengage...
Appears in 12 books from 1897-2003
Page 88 - Wix's anecdotes, with the ravages that in general such a sentiment could produce, she was able to make allowances for her ladyship's remarkable appearance, her violent splendour, the wonderful colour of her lips and even the hard stare, the stare of some gorgeous idol described in a story-book, that had come into her eyes in consequence of a curious thickening of their already rich circumference.
Appears in 12 books from 1897-2003
Less 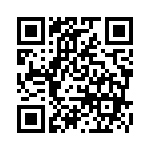