BROADSIDES FROM THE OTHER ORDERS: A Book of Bugs

More delightful nature writing from the author of A Book of Bees (1988) and A Country Year (1986). This time, Hubbell pulls off a tour de force, managing to turn those horrid creatures—bugs—into ... Read full review

This is my favorite of Sue Hubbell's books. Anyone interested in the lives of insects from a layperson's point of view will enjoy it. Each chapter covers a different insect: dragonflies, crickets, moths, and more. Read full review

Sue Hubbell was born Suzanne Gilbert in Kalamazoo, Michigan on January 28, 1935. She received a bachelor's degree in journalism from the University of Southern California in 1956 and a master's degree in library science from Drexel University in 1965. She worked as a librarian at Trenton State College and as a periodicals librarian at Brown University. In 1972, she and her first husband moved to a farm in the Ozark Mountains of Missouri and took up beekeeping. To supplement the income from honey sales, she wrote freelance articles for The St. Louis Post-Dispatch, The New York Times, and The New Yorker. After they divorced, she continued to run the large beekeeping operation. She also wrote several books including A Country Year: Living the Questions, A Book of Bees: And How to Keep Them, Far-Flung Hubbell: Essays from the American Road, and Waiting for Aphrodite: Journeys Into the Time Before Bones. She suffered from dementia and decided to stop eating and drinking on September 9, 2018 because she did not want to eventually be placed under indefinite institutional care. She died on October 13, 2018 at the age of 83. 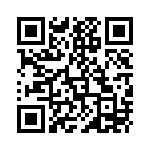