When Salman Rushdie said in the early 1980s that Indian writers were "in a position to conquer English Literature," he was being slightly exuberant but also a bit prophetic. Today, the parade of ... Read full review

Amitava Kumar is Associate Professor of English at Penn State and the author of Passport Photos. His poetry and non-fiction have appeared in The Nation, Harper's, and the New Statesman, among others. He is the winner of the Asian Age Award for short fiction.He aslo wrote the script and narrated the prize-wining documentary film Pure Chutney. 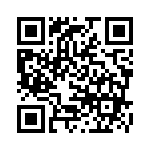