An extremely helpful commentary on the first division of Heidegger's Being and Time, which served as a helpful after-the-fact guide after I had finished reading Being and Time for the first time. The ... Read full review

Being-in-the-world: a commentary on Heidegger's Being and time, division I

Dreyfus has for many years lectured on Heidegger's Being and Time in courses at the University of California at Berkeley, and his explanations of that gnomic work have won wide acclaim, which this ... Read full review

Hubert L. Dreyfus is Professor of Philosophy at the University of California at Berkeley. 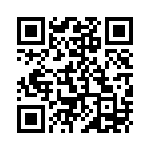