This is a good reference book on the elements of academic writing. The book provides several examples to follow and many rules. It is an easy read and should be kept as reference material. Read full review

I like the concise points and don't understand what the controversy is about the book; his points make sense to me and seem valid, especially for student writers. Read full review

William Strunk Jr. was born in Cincinnati, Ohio on July 1, 1869. He received a bachelor's degree at the University of Cincinnati in 1890 and Ph.D. at Cornell University in 1896. He taught English at Cornell University for forty-six years. He wrote two books: The Elements of Style, which was later published under the title The Elements and Practice of Composition, and English Metres. He was also an editor and edited important works by such authors as William Shakespeare, John Dryden, and James Fenimore Cooper. He served as a literary consultant to the 1936 MGM film version of Romeo and Juliet. He died on September 26, 1946.

Born in Mount Vernon, New York, E. B. White was educated at Cornell University and served as a private in World War I. After several years as a journalist, he joined the staff of the New Yorker, then in its infancy. For 11 years he wrote most of the "Talk of the Town" columns, and it was White and James Thurber who can be credited with setting the style and attitude of the magazine. In 1938 he retired to a saltwater farm in Maine, where he wrote essays regularly for Harper's Magazine under the title "One Man's Meat." Like Thoreau, White preferred the woods; he also resembled Thoreau in his impatience and indignation. White received several prizes: in 1960, the gold medal of the American Academy of Arts and Letters; in 1963, the Presidential Medal of Freedom, the nation's highest civilian award (he was honored along with Thornton Wilder and Edmund Wilson); and in 1978, a special Pulitzer Prize. His verse is original and witty but with serious undertones. His friend James Thurber described him as "a poet who loves to live half-hidden from the eye." Three of his books have become children's classics: Stuart Little (1945), about a mouse born into a human family, Charlotte's Web (1952), about a spider who befriends a lonely pig, and The Trumpet of the Swan (1970). Among his best-known and most widely used books is The Elements of Style (1959), a guide to grammar and rhetoric based on a text written by one of his professors at Cornell, William Strunk, which White revised and expanded. White was married to Katherine Angell, the first fiction editor of the New Yorker. 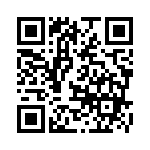