2.5 stars I didn't really care for this book. I was never invested in any of the characters, nor could I get into the storyline. I found it boring. I did think it was a refreshing take on magic, but ... Read full review

An interesting take on time travel and magical abilities set in the back drop of historical England. This is Putney's first YA book and she did a good job of creating mystery and heroic characters ... Read full review

M. J. Putney is the author of the young adult fantasy novel Dark Passage. As Mary Jo Putney, she is the New York Times bestselling author of historical romances. M. J. is fond of reading, cats, travel, and most of all, great stories. 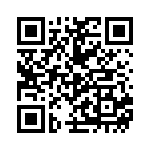