Brandon Stosuy is a staff writer at Pitchfork, contributes to The Believer, Magnet, and the Village Voice, and has written for Bomb, Bookforum, L.A. Weekly, and Slate, among other publications. He lives in Brooklyn, where he is at work on his first novel.

Eileen Myles is an American poet and writer born on December 9, 1949 in Cambridge, Massachusetts. She is a graduate of the University of Massachusetts Boston (1971). She moved to New York City in 1974 where she participated in workshops and worked with and for several famous poets. Her career includes working as Artistic Director of St. Mark's Poetry Project, serving as Professor of Writing at the University of California, San Diego, and Visiting Writer at seven colleges. Myles's first book, The Irony of the Leash, was published in 1978. Some of her other work include A Fresh Young Voice From the Plains, Not Me, Inferno, Maxfield Parrish/early and new poems, School of Fish, Skies, On My Way, Snowflake / Different Streets, and The Importance of Being Iceland. She has also written articles, essays, plays and other works of fiction and nonfiction. She founded the Lost Texans Collective with Elinor Nauen and Barbara McKay and performed in group and solo performances. She has received numerous awards for her work. Her latest awards include The Clark Prize for Excellence in Arts Writing (2015) and The Lambda Pioneer Award (2016). 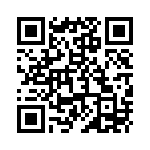