Jane Green" is the pen name for author Jane Green Warburg. She was born in 1968 in London, England. While in her twenties, she worked as a journalist for various national newspapers and magazines in London. At the age of 27, she wrote her first novel Straight Talking, which became a New York Times bestseller. Her books helped launch the phenomenon known as "chick lit", and gave her the nickname of "the queen of chick lit". Her novels include The Patchwork Marriage, Another Piece of My Heart, Promises to Keep, Dune Roard, The Beach House, Family Pictures, Tempting Fate, Summer Secrets. and Jenima J. Green's title, Falling, made the New York Times Bestseller list in 2016. 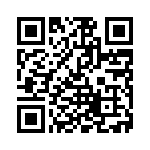