What's the matter with Kansas?: how conservatives won the heart of America

Native Kansan Frank asks why his state, once famously radical, went the way of the entire country and turned Right. Read full review

Page 7 - Vote to stop abortion; receive a rollback in capital-gains taxes. Vote to make our country strong again; receive deindustrialization. Vote to screw those politically correct college professors; receive electricity deregulation. Vote to get government off our backs; receive conglomeration and monopoly everywhere from media to meatpacking. Vote to stand tall against terrorists; receive Social Security privatization efforts. Vote to strike a blow against elitism; receive a social order in which wealth...
Appears in 8 books from 2004-2007
Page 7 - ... is to lash out angrily at labor unions and liberal workplace-safety programs; whose solution to the rise of ignorance in America is to pull the rug out from under public education. Like a French Revolution in reverse — one in which the sansculottes pour down the streets demanding more power for the aristocracy — the backlash pushes the spectrum of the acceptable to the right, to the right, farther to the right.
Appears in 6 books from 2004-2007

Thomas Frank is the author of Pity the Billionaire, The Wrecking Crew, What's the Matter with Kansas?, and One Market Under God. A former opinion columnist for The Wall Street Journal, Frank is the founding editor of The Baffler and a monthly columnist for Harper's. He lives outside Washington, D.C. 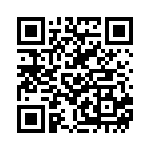