Joshua Prawer was an internationally recognised authority on the Crusades. He was Professor of Medieval History at the Hebrew University in Jerusalem, a member of the Israeli Academy of Sciences and Humanities, and a fellow of the Medieval Academy of America. His two volume study Histoire du Royaume Latin du Jerusalem was awarded the Prix Gustav Schlumberger of the Academie des Inscriptions et Belles Lettres, and he received a Rothschild Prize for the research which went into this book. 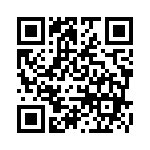