While there is much to admire in this scholarly book, this collection of sermons didn't really let me into the heart of its author. It was hard to shake the feeling that this makes it hard for someone ... Read full review

Originally translated as 'The Cost of Discipleship'; A classic text on nature of Christian discipleship from the celebrated German Lutheran theologian. Read full review

Dietrich Bonhoeffer was born in Breslau in 1906. The son of a famous German psychiatrist, he studied in Berlin and New York City. He left the safety of America to return to Germany and continue his public repudiation of the Nazis, which led to his arrest in 1943. Linked to the group of conspirators whose attempted assassination of Hitler failed, he was hanged in April 1945.

ERIC METAXAS is an author whose books have been translated into twenty-five languages. The host of a nationally syndicated radio show and the acclaimed conversation series Socrates in the City, he is a prominent cultural commentator whose work has appeared in the New York Times, the New Yorker, The Atlantic, and the Wall Street Journal. He lives with his family in New York City. 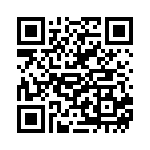