The comedy of errors

These are the first two titles in Penguin's newly revamped "Pelican Shakespeare" series. The Pelicans have been the leading editions for many years, but the publisher realized that much new ... Read full review

Christina Anderson's plays include The Ripple, The Wave That Carried Me Home; How to Catch Creation; pen/man/ship; The Ashes Under Gait City; Man in Love; Blacktop Sky; Hollow Roots; and Drip. She is an assistant professor of playwriting at SUNY Purchase. 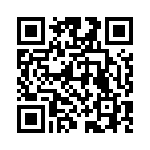