Stephen Ross is Professor of English at the University of Victoria.

Tara Thomson is a Literature Tutor and Research Assistant in the School of Literature, Languages, and Cultures at the University of Edinburgh. 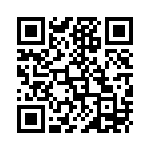