I really enjoyed this memoir by John Rizzo, who was a lawyer for the CIA for three decades. He seems like a man of principle, with a great respect for his agency while at the same time not ignoring the faults and bad leadership he sometimes witnessed. Read full review

COMPANY MAN: Thirty Years of Controversy and Crisis in the CIA

At the intersection of politics, law and national security—from "protect us at all costs" to "what the hell have you guys been up to, anyway?"—a lawyer's life in the CIA.Under seven presidents and ... Read full review

John Rizzo had a thirty-four-year career as a lawyer at the CIA, culminating with seven years as the Agency’s chief legal officer. In the post-9/11 era, he helped create and implement the full spectrum of aggressive counterterrorist operations against Al Qaeda, including the so-called “enhanced interrogation program” and lethal strikes against the Al Qaeda leadership. He has served as senior counsel at a Washington DC law firm and is a visiting scholar at the Hoover Institution. He is a graduate of Brown University and George Washington University Law School. 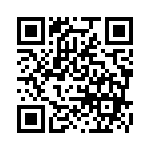