21 pages matching prominent in this book

In the afterword of his book, Michael Blake makes a statement that sums up what has been germinating in my mind as I’ve been read three books on the Native Americans in a row. He states that “…All ... Read full review

Michael Blake was born Michael Lennox Webb in Fort Bragg, North Carolina on July 5, 1945. He joined the Air Force and was assigned to the public information office and began writing for the base newspaper. He attended the University of New Mexico before going to film school at the University of California, Berkeley. One of his first screenplays, Stacy's Knights, was produced in 1983 and starred Kevin Costner. He continued to write scripts for the next several years, but nothing he wrote made it to the screen. After reading Bury My Heart at Wounded Knee by Dee Brown, Blake had the idea for Dances with Wolves. Costner suggested he write a book instead of a screenplay. The book was published in 1988. Blake had just lost his job as a dishwasher when Costner asked him to adapt his own novel into a screenplay. The Dances with Wolves film was released in 1990. Blake received an Academy Award for Best Adapted Screenplay. His other novels included Airman Mortensen and The Holy Road. He died from heart failure on May 2, 2015 at the age of 69. 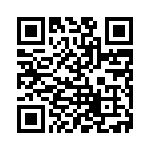