Exploring the palimpsest of a literary life.Forrester (The Economic Horror, 1999, etc.), a French journalist, novelist, critic, and translator who died in 2013, has created a nuanced, impassioned ... Read full review

Viviane Forrester (1925-2013) was a writer, essayist, novelist, and literary critic. She worked for Le Monde, Le Nouvel Observateur, and Quinzaine littéraire and was a member of the jury of the Prix Femina. She translated Virginia Woolf's essay "Three Guineas" and is the author of The Economic Horror, Van Gogh ou l'Enterrement dans les blés, and Une etrange dictature.

Jody Gladding is a poet who has translated some thirty works from French. 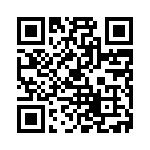