Francis Drake never set foot in what we known today as California, let alone Drakes Bay, Cove, Estro or Point Reyes.
The book by Garry Gitzen "Francis Drake in Nehalem Bay 1579, Setting the Historical Record Straight" has been described by the Oregon Archaeological Society as being magnificent and without parallel in which ever school and library in the state of Oregon (and California) should have a copy.
Wayne Jensen, former Director of the Tillamook Pioneer Museum theorized Drake made a land survey in 1579 on Neahkahnie Mountain, Oregon which the book documents.
You may view the entire 248 page book online at www.FortNehalem.net 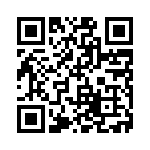