I went into this comics collection knowing that the origin story here for Green Arrow would be completely unrelated to the origin story in the TV show Arrow (what I love), so it's not that I was ... Read full review

I wasn't really impressed by this, and found it forgettable. The story moves along too quickly without pausing for nuance or subtlety; it almost seems like an abbreviated adaptation of a better draft ... Read full review 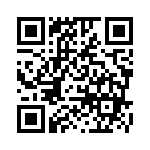