Joseph's father Major was not promoted to Captain during the Rev War. His top rank was Lt. Joseph's grandfather Col. Samuel McDowell did not fight at King's Mountain, his cousins Charles and Joseph did. Samuel's Regiment the Rockbridge County militia did fight at Guilford Court House.

Victoria Cosner has been involved with museums and historic sites for over thirty years. She holds a master's degree in American studies, specializing in cemetery landscapes and is a member of the Association for Gravestone Studies. She currently works for Missouri State Parks and lives in the St. Louis area.

Lorelei Shannon has been Victoria's friend for thirty-five years and counting. They share a love of dark history and co-authored a book on the life of Madame Lalaurie. 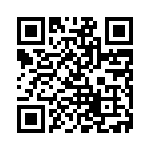