Out of Mao's Shadow tells the stories of individuals caught up in the chaotic transition China is undergoing from a Maoist state to a modern player in the global economy, a capitalist authoritarian ... Read full review

Super-interesting book about modern China via various profiles, from party bosses to human rights lawyers to construction moguls. The rule of law as a concept lacks most meaning, but some people are ... Read full review

Philip P. Pan is a foreign correspondent for The Washington Post and the newspaper's former Beijing bureau chief. During his tour in China from 2000 to 2007 he won the Livingston Award for Young Journalists in international reporting, the Overseas Press Club's Bob Considine Award for best newspaper interpretation of international affairs, and the Asia Society's Osborn Elliott Prize for Excellence in Journalism on Asia. He is a graduate of Harvard College and studied Chinese at Peking University. He lives with his wife and son in New York and will begin a new assignment for the Post in Moscow in 2008. 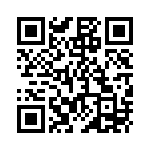