Try the new Google Books
Check out the new look and enjoy easier access to your favorite features
Try it now
EBOOK FROM $25.50

Reginald Yin-Wang Kwok is Professor of Asian Studies and Professor of Urban and Regional Planning at the University of Hawaii in Manoa. He is the founding director of the Centre of Urban Planning and Environmental Management at the University of Hong Kong. His research interests cover the political economy of Chinese development and urbanization, globalization in East Asia, urban econmic and spatial development, and cultural impact on urban design. 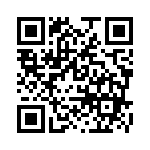