Scott Miller (April 4, 1960 – April 15, 2013) was a member of the 1980s power pop group Game Theory and lead singer of the group The Loud Family. Both bands were based in the San Francisco Bay Area. Miller wrote most of the lyrics and compositions, and played lead guitar.
Miller has been praised by numerous music magazines for his innovative approach to recording, particularly on the Game Theory album "Lolita Nation." 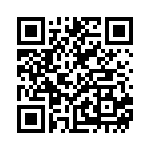