Ingeborg Hoesterey is Professor of Comparative Literature and Germanic Studies at Indiana University. She is author of Verschlungene Schriftzeichen: Intertextualitat von Literatur und Kunst in der Moderne/Postmoderne, editor of Zeitgeist in Babel: The Postmodernist Controversy, and co-editor of Intertextuality: German Literature and Visual Art from the Renaissance to the Twentieth Century, and Neverending Stories: Toward a Critical Narratology. 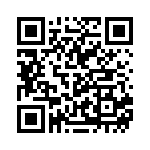