True events og GREAT WHORE of Babylon
Read this then read Secret History of the Jesuits THEN read Foxes' Book of Martyr's.

After reading parts of this book, I am excited to finish it. There is every reason to believe Charles Chiniquy, and no reason to doubt the truth, except that for many the truth still hurts. I celebrate Charles Chiniquy for his bravery in publishing the truth. Abraham Lincoln was the first American President to be killed in office, murdered. He was elected in 1860, and died in office. American Presidents elected in 1880, 1900, 1920, 1940, and 1960 also died in office.
Let those with ears hear, and those with eyes see. John Foxe in 1554 published the first part of Foxe Christian Martyrs, for the first time in Strasbourg, France. He went to Frankfort to support a John Knox Calvinistic Party and then he moved to Basel, Switzerland. Manuscripts and eyewitness accounts of the persecution of Protestants by the English Queen Mary were forwarded to John Foxe in Basel.
John Foxe published his completed manuscript in 1559, the year after Queen Elizabeth I took the throne. That edition that was translated into English was published and printed in March of 1563 under the title of Acts and Monuments of These Latter and Perilous Days.
John Foxe compiled a record of people interviewed as heretics, and he documented their beliefs for which they died brief months following their interrogation when they were burned at the stake. The protestants murdered by the Catholic Queen Mary had read the Bible now for themselves for the first time. The Reformation followed.
Protestants easily and simply saw that Catholics dictated a dogma not consistent with scripture, but rather Catholic dogma significantly denies scriptural truth. Protestants were burned at the stake for such basic and simple beliefs as faith being necessary for Salvation. Even the most vast fortune of the day was denied John Milton, when his grandfather discovered an English translation of the Bible in his bedchamber.
The battle of the Catholics to hide their blood curdling methods and twisted habits, which openly value celebate life as the ultimate spiritual life, cannot hide their ludicrous and pretentious claim to a Christian-truth monopoly perversely enforced with the sword.
Jesus Christ invited all to believe and to CHOOSE to believe, just as ancient Israel was admonished to choose ye this day whom ye will serve. Pointing a sword at the throat of a person is not the Christian way of Jesus Christ offering us a choice of light over darkness, happiness in place of wickedness. Wickedness never was happiness.
But reading the book Acts and Monuments of these Latter and Perilous Days will convince honest skeptics of the validity of a fierce and evil determination on the part of a Catholic world to suppress truth seeking and the honest in heart with downright blood thirsty torture and holocaust.
One can fabricate doubt about anything, but one cannot be just and doubt truth by the use of a network of lies. Abraham Lincoln was called Honest Abe for many reasons, and he told us the priests and Jesuits of Rome were responsible for the bloodshed of the American Civil War. The obvious, documented, and factual links between the Surratts, Washington D.C. Catholic priests, and John Wilkes Booth cannot be denied.
Official Catholic Papal Bulls declared the Spanish right to subjugate Third World countries. Papal Bulls divided the world in half, one half for Portugal and the other half for Spain. Nobody can seriously suggest that the Bulls were misused since Spanish national behavior was the clearly manifested interpretation for ALL to see. There was no separation of religion and State in Spain.
Spain considered non-Spanish ships on the seas to be pirates. They normally confiscated cargoes of ships at sea, and imprisoned the sailors until they died of horrid conditions. For some strange reason when the Spanish stole and confiscated property, our history books normally do not call them thieves. When will the victory of Drake over the Spanish Armada be celebrated in world history? He changed the world.

Page 457 - Or what king, going to make war against another king, sitteth not down first and consulteth whether he be able with ten thousand to meet him that cometh against him with twenty thousand?
Appears in 946 books from 1755-2008
Page 689 - Then Simon Peter having a sword drew it, and smote the high priest's servant, and cut off his right ear. The servant's name was Malchus. 11 Then said Jesus unto Peter, Put up thy sword into the sheath : the cup which my Father hath given me, shall I not drink it?
Appears in 794 books from 1769-2008
More
Page 802 - For ye see your calling, brethren, how that not many wise men after the flesh, not many mighty, not many noble, are called : but God hath chosen the foolish things of the world to confound the wise; and God hath chosen the weak things of the world to confound the things which are mighty...
Appears in 1360 books from 1698-2008
Page 101 - If a son shall ask bread of any of you that is a father, will he give him a stone ? or if he ask a fish, will he for a fish give him a serpent ? or if he shall ask an egg, will he offer him a scorpion ? If ye then, being evil, know how to give good gifts unto your children, how much more shall your heavenly Father give the Holy Spirit to them that ask him ? " And he was casting out a devil, and it was dumb.
Appears in 1253 books from 1701-2008
Page 831 - Come hither ; I will shew unto thee the judgment of the great whore that sitteth upon many waters : with whom the kings of the earth have committed fornication, and the inhabitants of the earth have been made drunk with the wine of her fornication.
Appears in 809 books from 1724-2008
Page 831 - And the woman was arrayed in purple and scarlet colour, and decked with gold and precious stones and pearls, having a golden cup in her hand, full of abominations and filthiness of her fornication...
Appears in 1066 books from 1730-2008
Page 136 - Jesus answered and said unto them, Ye do err, not knowing the Scriptures, nor the power of God. For in the resurrection they neither marry nor are given in marriage, but are as the angels of God in heaven.
Appears in 874 books from 1714-2008
Page 317 - He hath not dealt with us after our sins ; nor rewarded us according to our iniquities. For as the heaven is high above the earth, so great is His mercy toward them that fear Him.
Appears in 1341 books from 1660-2008
Page 105 - Let no man deceive you by any means, for that day shall not come, except there come a falling away first, and that man of sin be revealed, the son of perdition : who opposeth and exalteth himself above all that is called God, or that is worshipped; so that he as God sitteth in the temple of God, shewing himself
Appears in 785 books from 1755-2008
Page 832 - And I saw the woman drunken with the blood of the saints, and with the blood of the martyrs of Jesus : and when I saw her, I wondered with great admiration.
Appears in 577 books from 1755-2008
Less 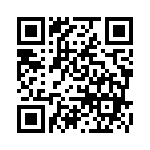