I enjoy biographies and I picked this one up because I recently read one on the life of Ulysses S. Grant and became intrigued by some of the references to William Tecumseh Sherman therein. I found ... Read full review

Review: William Tecumseh Sherman: In the Service of My Country: A Life

solid biography. came to know him as a man and his problems. interesting insight into his relationships with the other generals during the Civil War but short shrift is given to his life after the War . Would have liked more about that period. Read full review

James Lee McDonough is a Civil War historian and the author of nine books, including Nashville: The Western Confederacy’s Final Gamble. He lives in Lewisburg, Tennessee, and Flagler Beach, Florida. 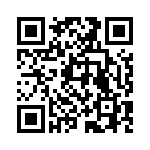