The bonfire of the vanities

Insulation is the key to living in New York, according to millionaire bond salesman Sherman McCoyinsulation from "them.'' So when he makes a wrong turn one night and finds himself driving through the ... Read full review

Thomas Kennerly Wolfe Jr. was born in Richmond, Virginia on March 2, 1930. He received bachelor's degree in English from Washington and Lee University in 1951 and a Ph.D in American studies from Yale University in 1957. He started his journalism career as a general-assignment reporter at The Springfield Union. While he was working for The Washington Post, he was assigned to cover Latin America and won the Washington Newspaper Guild's foreign news prize for a series on Cuba in 1961. In 1962, he became a reporter for the New York Herald Tribune and a staff writer for New York magazine. His work also appeared in Harper's and Esquire. His first book, a collection of articles about the flamboyant Sixties written for New York and Esquire entitled The Kandy-Kolored Tangerine-Flake Streamline Baby, was published in 1968. His other collections included Radical Chic and Mau-Mauing the Flak Catchers and Hooking Up. His non-fiction works included The Pump House Gang; The Electric Kool-Aid Acid Test; The Painted Word; Mauve Gloves and Madmen, Clutter and Vine; In Our Time; and From Bauhaus to Our House. The Right Stuff won the American Book Award for nonfiction, the National Institute of Arts and Letters Harold Vursell Award for prose style, and the Columbia Journalism Award. It was adapted into a film in 1983. His fiction books included The Bonfire of the Vanities, Ambush at Fort Bragg, A Man in Full, The Kingdom of Speech, I Am Charlotte Simmons, and Back to Blood. He was also a contributing artist at Harper's from 1978 to 1981. Many of his illustrations were collected in In Our Time. He died on May 14, 2018 at the age of 88. 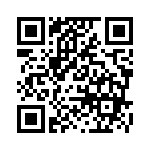