Dr. Mary-Lou Galician is a media literacy advocate who lectures and consults nationally and internationally. She is frequently interviewed and cited by the mass media and is Head of Media Analysis & Criticism in the Walter Cronkite School of Journalism & Mass Communication at Arizona State University, where she created the popular course, Sex, Love, & Romance in the Mass Media. A former newspaper columnist, public television producer/director and nighttime talkshow host, and national marketing and advertising executive, she earned her doctorate in 1978 from Memphis State University (now University of Memphis), with a clinical residency in Human Values & Medical Ethics from University of Tennessee Center for the Health Sciences. She was the University Fellow in Broadcasting at Syracuse University (M.S., 1969) and a Conolly College Scholar at Long Island University (B.A., 1966), and she was named a national 2005-2006 AEJMC/ASJMC Journalism Leadership in Diversity (JLID) Fellow.
Dr. Galician is the author of Sex, Love, and Romance in the Mass Media: Analysis and Criticism of Unrealistic Portrayals and Their Influence, which was honored as a Recommended Resource the Center for Media Literacy, and a forthcoming tradebook for the general public, Dr. Galician’s Prescriptions© for Getting Real About Romance: How Mass Media Myths About Love Can Hurt You. The centerpiece of both books is her widely used Dr. FUN’s Mass Media Love Quiz©, which she has administered on national television. Her Dr. FUN’s Stupid Cupid & Realistic Romance® Awards for mass media portrayals of sex, love, and romance are announced each Valentine’s Day as a media literacy service. She is also the editor of the Handbook of Product Placement in the Mass Media: New Strategies in Marketing Theory, Practice, Trends, and Ethics, and she was guest editor of a special double issue of American Behavioral Scientist (September & October 2004) that she devoted to media literacy. Her research of television’s good news and bad news (“The American Dream & the Media Nightmare”) has been published in Journalism Quarterly, The Journal of Mass Media Ethics, and Southwestern Mass Communication Journal. She maintains two Web sites with media literacy resources: cronkite.asu.edu/drfun/ and www.RealisticRomance.com. 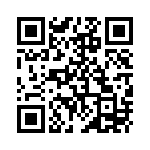