Sergei Kudryashov is a scientific researcher (Mitarbeiter) at the German Historical Institute in Moscow. He studied history at the Russian Academy of Sciences, and has published on the Second World War and Soviet history. 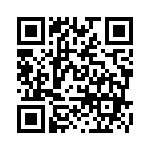