This is an excellent book covering almost all the aspect of food safety in food processing environment.

After her research and academic career at the University of Lund, in 1990 she joined the World Health Organization (WHO) in Geneva as Senior Scientist. In WHO, she was responsible for the surveillance and prevention of foodborne illnesses (including education of professional and domestic food handlers), the development of the food safety assurance system (e.g. Hazard Analysis and Critical Control Point system), and for assistance to the WHO Member States in strengthening their national food safety programme and the development of the risk analysis process. She has served in the Secretariat of various sessions of the Codex Alimentarius Commissions and its Committees.

From 2000 to 2011, she held the position of Assistant Vice President in Nestlé and worked as the Corporate Food Safety Manager. In this capacity, she has, among others, developed the Nestlé Food Safety Management system and managed various emerging food safety issues and crises. She was active in several industry organizations, among others FooddrinkEuorpe (formerly Conféderation des Industries Agroalimentaires (CIAA)) where she advised management of international crisis.

She is the author, co-author or editor of numerous peer-reviewed articles, books, training manuals and other publications, including a book on food safety for children. In 2014 she published Encyclopedia on Food Safety and the book Food Safety Management: A Practical Guide for the Food Industry (both published by Elsevier/Academic Press).

Prof. Dr. h.c. Huub Lelieveld is initiator, co-founder and President of the Global Harmonization Initiative (GHI), Member of the Executive Committee and a Past-President of EFFoST (the European Federation of Food Science and Technology), Founder and Past-President of EHEDG (the European Hygienic Engineering and Design Group). He is a fellow of IAFoST (the International Academy of Food Science and Technology), a fellow of IFT (the Institute of Food Technologists), served on the Governing Council of IUFoST (the International Union of Food Science and Technology) and has been Chair of the Nonthermal Processing Division and the International Division of IFT. At Unilever, he was responsible for hygienic processing and plant design and novel processing technologies. He is the lead editor of other 3 Elsevier books. He has been awarded doctor honoris causa at the National University of Food Technologies (NUFT) in Kiev, Ukraine. 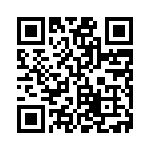