Come on who hasn't at some point in their life picked this up and flicked through it. Turned it upside down, trying to figure out just what is going on. Honestly if you need a guide for this stuff you're not thinking hard enough. Read full review

This is a very *interesting* book ;) Aside from the positions which we all know it includes there is a lot of other really outdated stuff. It's hard to believe that people once followed this book as ... Read full review

Wendy Doniger is Mircea Eliade Distinguished Service Professor of the History of Religions at the University of Chicago. She has also translated "The Kama?sutra" (with Sudhir Kakar), "The Rig Veda: An Anthology", "Hindu Myths: A Sourcebook" and "The Laws of Manu" (with Brian K. Smith), and is the author of nine more books about Indian culture. 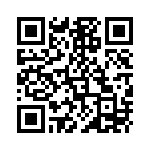