I ordered Sense and Sensibility along with a waffle maker weird combo I know. The waffle maker arrived about a week before the book did. I gave 4 stars because it took so long for the book to arrive. Otherwise everything was great. Read full review

Austen is the hot property of the entertainment world with new feature film versions of Persuasion and Sense and Sensibility on the silver screen and Pride and Prejudice hitting the TV airwaves on PBS ... Read full review 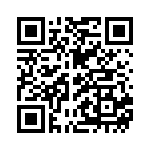