Theophylact wrote about the history of the Emperors Maurice and Phocas. We would dearly love to have had him go on into the reign of Heraclius and cover that emperor's death struggle with the Persians ... Read full review

Michael Whitby is Professor of Classics and Ancient History at the University of Warwick. He is the co-editor of Volume XIV of The Cambridge Ancient History (2001) and author of Rome at War, AD 293 696 (2002) as well as several articles on late Roman warfare, and has made several television appearances talking about ancient warfare from the Graeco-Persian Wars to the collapse of the Roman Empire. 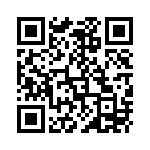