DANIEL M. SHEA is Professor of Political Science and Director of the Center for Political Participation at Allegheny College in Meadville, Pennsylvania. He has worked as a political strategist in some of New York's most challenging races, and has written widely on campaign strategy and political parties.

MICHAEL JOHN BURTON is Assistant Professor of Political Science at Ohio University in Athens. He worked in the Office of Vice President Al Gore as Special Assistant to the Chief of Staff and Assistant Political Director. Before that, he spent two years on the Hill. His research is focused on political campaign strategy and White House operations. 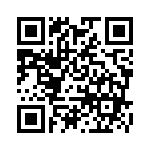