I majored in history in college, but I studied very little American history. My understanding of the post-Reconstruction period from high school history was somewhat hazy. I did understand that after ... Read full review

This is top-notch reporting of an unusually large portion of American history that stretches from the end of the American Civil War and early Reconstruction to the two World Wars. For reasons that are ... Read full review

A native of Leland, Mississippi, Doug Blackmon is the Wall Street Journal's Atlanta Bureau Chief. He lives in Atlanta with his wife and their two children. 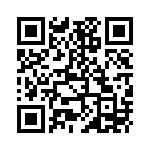