Kris Matyjaszewski is the J.C. Warner University Professor of Natural Sciences at Carnegie Mellon University. He discovered Cu-mediated atom transfer radical polymerization in 1995. He has co-authored >1000 publications (>90,000 citations) and holds 56 US patents. Matyjaszewski has received the 2017 Franklin Medal in chemistry (with Prof. Sawamoto), 2015 Dreyfus
Prize in Chemical Sciences, 2011 Wolf Prize in Chemistry, 2009 Presidential Green Chemistry Challenge Award, 2015 Overberger Prize, 2013 AkzoNobel North America Science Award, 2011 Applied Polymer Science Award, and the 2002 Polymer Chemistry Award. He is a member of the National Academy of Engineering, National Academy of Inventors, and the Polish and Russian Academies of Sciences.

Haifeng Gao is an Associate Professor at the Department of Chemistry and Biochemistry, University of Notre Dame. He earned his Ph.D. in 2008 in Chemistry under Prof. Matyjaszewski at Carnegie Mellon University. After
two-year postdoc training at University of California Berkeley, he joined the University of Notre Dame in 2011 as an assistant professor and was promoted to
associate professor with tenure in 2017. His research focuses on the design and synthesis of functional polymers with controlled nanostructures by determining
their fundamental structure-property relationships. He has co-authored over 80 peer-reviewed papers and 6 book chapters cited more than 4000 times.

Brent Sumerlin is the George Bergen Butler Professor of Polymer Chemistry at the University of Florida (UF). He obtained his Ph.D. in polymer science and engineering from the University of Southern Mississippi under Prof. McCormick. After postdoctoral training with Prof. Matyjaszewski at Carnegie Mellon University, he joined the faculty of Southern Methodist University in 2005 before moving to UF in 2012. He is a Fellow of the Royal Society of Chemistry and has won a number of awards, including the Alfred P. Sloan Research Fellowship, NSF CAREER Award, the Journal of Polymer Science Innovation
Award, Biomacromolecules/Macromolecules Young Investigator Award, and the Hanwha-Total IUPAC Award.

Nick Tsarevsky obtained a Ph.D. in chemistry in 2005 from Carnegie Mellon University under Prof. Matyjaszewski. He was a visiting assistant professor at the Department of Chemistry, Carnegie Mellon University (2005-2006) and CSO of ATRP Solutions, Inc. (2007-2010). He joined the Department of Chemistry at Southern Methodist University in 2010 as an assistant professor and was promoted
in 2016 to tenured associate professor. He has authored and coauthored over 90 peer-reviewed journal articles and book chapters, 1 textbook, and has co-edited 5 books. Research interests include polymerization techniques, functional materials, coordination chemistry, catalysis, hypervalent iodine compounds, and history of chemistry and chemical education. 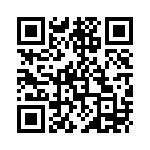