Adele Barker is Professor of Russian and Slavic Studies at the University of Arizona. She is the editor of Consuming Russia: Popular Culture, Sex, and Society since Gorbachev, also published by Duke University Press; co-editor of The History of Women's Writing in Russia; and author of Not Quite Paradise: An American Sojourn in Sri Lanka.

Bruce Grant is Associate Professor of Anthropology at New York University. He is the author of The Captive and the Gift: Cultural Histories of Sovereignty in Russia and the Caucasus and In the Soviet House of Culture: A Century of Perestroikas. 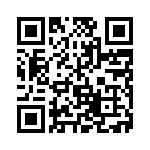